The town of New London, Connecticut is the latest of many areas around the country making the switch to LED lights. While nothing has been officially confirmed yet, the city’s Department of Public Works has been putting together a proposal that would replace the city’s current streetlights with LED bulbs. There are currently more than 3,000 streetlights in New London, so this would be quite a change for the town’s residents. Of course, there are many reasons why this proposal is a good idea, including the money the city will save by reducing their energy costs.

Right now, the city uses about 3 million kilowatt-hours, which amounts to more than half a million dollars. If every streetlight was replaced with an LED bulb, the electricity usage would drop by more than 70%, which in turn would save the city hundreds of thousands of dollars. This money could be used to improve the city’s economy, build new roads, and do any number of other things to improve life for residents and business owners. 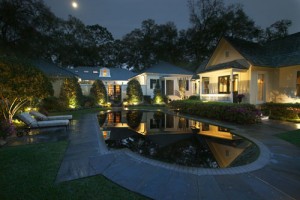 The power of LED technology is becoming more apparent with each passing day, and many cities around the country are finally starting to take notice. Even smaller towns are making the switch to LED, because it’s worth it whether a few thousand dollars are saved or millions.

We’re always on the lookout for stories about LED lights coming to new areas around the country. We hope that this proposal in New London goes through, and we’ll be sure to keep you updated if there are any interesting developments.