General Electric recently announced that it will phase out compact florescent light (CFL) bulbs and increase its focus on LED lights by the end of the year. 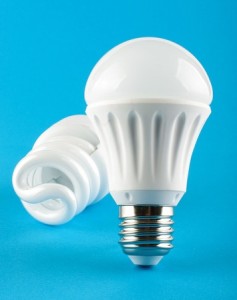 Since the government began efforts to phase out incandescent light bulbs for failing to meet new energy standards, CFL bulbs have become incredibly popular mainly because of their low price when compared to LEDs. The bulbs, though, were criticized for producing a cold light that took time to light up a room and failed to work with traditional dimmer switches.

Companies began improving LED lights to address these concerns. LED lights have long been available on the market, but at $40 to $50 per bulb, they were seen as too expensive for most consumers. As the technology has improved, companies like GE have been able to make them more cheaply and that cost difference has now filtered down to the consumer.

LED bulbs now cost about $5, putting them on par with similar bulbs.

“These LED lightbulbs are starting to replicate what the electrical filament has done for over 100 years – providing that look and warm ambience that people are used to,” said John Strainic, GE lighting chief operating officer, in a statement, according to USA Today. “The time for LED is now.”

LED bulbs are becoming more popular, in part, because of their fantastic longevity. A single bulb can last up to 22 years, so the need to replace it is incredibly low. These bulbs are also great in outdoor settings, as we’ve known at Illuminations USA for years.

We are one of the companies that is best known in Central Florida for our use of LED lights outside. We use LED lights in almost all of our landscape and property lighting projects, using different fixtures and styles of LEDs to highlight different plants, architectural features or other elements that make your house or commercial property look especially great at night.

As you make plans for your lighting project – whether interior or exterior –make sure to check out LED bulbs the work of Illuminations USA to see how these lights can transform your space and add an extra dimension to your property. To learn more about landscape lighting projects, give us a call today at 407-880-0700.