LED lights are pegged to become the bridge between smart phones and dumb cases this year. The Feeling Skin is a new iPhone case that, while still in the prototype phase, claims to bring smart phone accessories up to smartphone technology levels. And they’re not the only company to do so. Lunecase has also just released a prototype on Kickstarter that also uses lighting inside the case to interact with smart phones.

The Feeling Skin is a battery case, meaning that it stores extra battery. But unlike Mophie cases, which have to be turned on manually when your battery is running low, The Feeling Skin sense a low battery automatically and starts up. The LED lighting interacts with smart phones by sending different colored alerts through the back of the phone for different notifications. When you get a text message, the back of your phone may display a green dot, while getting an e-mail may display a blue dot. The colors and settings are adjustable.

The Lunecase achieves the same results, except that their creators have figured out how to harvest excess energy from the smart phone to power the case. iPhones naturally emit electromagnetic energy and it’s the conversion of that energy that lights up the notifications on the back of this case. Unlike The Feeling Skin, Lunecase does not serve as an extra battery pack. 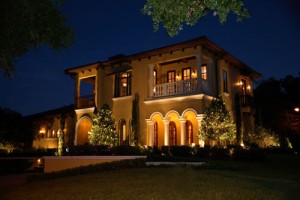 Illuminations USA is excited about all of the ways that LED lighting is changing the face of technology and communication. Contact us to see how we put LED lighting to use – to light up your property.