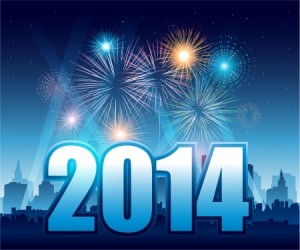 Together, let’s make 2014 the year of LEDs. It is the healthy choice to make.

LED lights have certainly changed the landscape of this Christmas and holiday season for the better. Whether it is the lights on your Christmas tree or the lights that dot your Main Street, LEDs are making the season more efficient. 2013 might as well go down as the most energy-efficient Christmas yet. That is exciting news not just for LED enthusiasts, but also for those who want a safer and healthier environment. The citizens of Gatlinburg, Tennessee are certainly thankful.

Back in 2008, the city made the shift to LED lights. The immediate improvement was eye opening. For three days of regular electricity, the city was able to keep the LEDs burning for 120 days. That is clearly money well spent, something that can overnight transform the fiscal problems of a town and city (in an uncertain economy, this money goes a long, long way) but perhaps the most important thing learned from this experiment is that LEDs are also healthy, especially when it comes to plants.

In the article, “UT research shows LED lights have healthy impact on vegetables, herbs,” Ashley Izbicki of Wbir.com writes, “Kopsell [professor with U.T.’s Plant Sciences Department] said plants only need a small percentage of sunlight rays, but under LED lighting, researchers can intensify the light plants do need, saving them energy. He said while LED lights come in all colors, blue and red are the most important to plant growth.”

Although it may sound like something out of science fiction, what Kopsell says is true: manipulating the colors of LEDs can improve everything from the nutritional content in crops to their antioxidant levels. By engaging in this manipulation, we can produce stronger, healthier crops that may help in the battle against diseases such as cancer. In addition to all the health benefits, LEDs may also help urban farmers who grow crops indoors in refurbished warehouses and factories.

Over the last few years, LEDs have been rapidly growing in popularity. The benefits just can’t be beat, which is why at Illuminations USA, we think that 2014 will be the year of LEDs. We’ve been supporting the LED revolution in Central Florida for years now. Before long, LEDs will be lighting the nation from sea to shining sea.