According to the website, Cree is a market-leading innovator of lighting products, LED components, and semiconductor products for power and radiofrequency applications. When it comes to LED technology, Cree has its finger on the pulse of what’s new and energy-efficient.

Recently, they released a groundbreaking product: the LED light bulb. Yes, a light bulb, the same thing that you’d see in houses a century ago. So, you may be asking yourself, “Where’s the advancement?” There is, however, a method to Cree’s madness.

Cree chief executive Chuck Swoboda had this to say, “To get people to try this technology the design principle we started with it has to look like a light bulb and work like one.” Although LED lighting is rising in popularity, a large number of people are still unaware of what LED lighting actually is or what it can provide. In other words, they’re not necessarily flocking to more energy-efficient bulbs.

Since most – if not all – people are already familiar with the light bulb; they will not be that apprehensive when embracing LED technology. By utilizing the light bulb form, Cree hopes to ease novices into the LED fold slowly. People tend to be hesitant in trying new things. Psychologically, they like what they’re used to, and they’re used to bulbs. 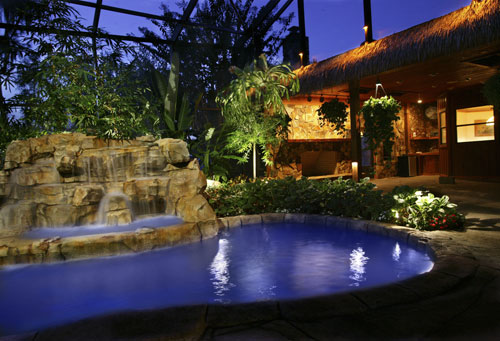 Is it trickery? Perhaps. But no matter, embracing LED technology is energy-efficient. Cree’s heart is certainly in the right place. Todd Woody of Qz.com writes, “Cree estimates that the state [California] could save $3.5 billion annually in electricity costs if it replaced them with LEDs.” That is, well, a lot of money! In these shaky economic times, such a large amount can make or break a state, can make or break a nation.

Whether or not you feel that Cree is using the light bulb to trick people so they become hooked on LED technology is not important; what’s important is increasing the marketability of LEDs. Over at Illuminations USA, we’ve been educating and lighting up the communities of Central Florida for years. If you’re interested in learning more about this exciting technology, contact us today.