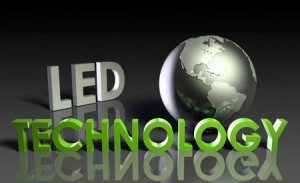 You might be surprised to learn that LEDs have been around for quite some time. Though they seem like new technology with all of the recent cool ways to use them (like in your TVs), scientists have actually been using them – and refining and improving them – for many years.

LED stands for light emitting diodes, which is the material within the bulb that is able to conduct electricity. The electrons that are firing around inside the light bulb interact with the diode and lose energy, and that lost energy has to go somewhere. This leads to the energy being released as a photon, which is a basic unit of light, which scientists have been able to further refine to create stunning displays and vibrant lighting fixtures.

The LED light was first discovered in 1961 by James R. Biard and Gary Pittman, according to the Edison Tech Center. The first LED light bulb was sold by Texas Instruments for $130 about a year later. While the technology has been around since then, it wasn’t until recently when white LEDs were developed that it became popularly used as a replacement for other white light sources in and around the home – namely incandescent and fluorescent light bulbs.

Regular bulbs are very inefficient, and end up losing a lot of energy through heat. Have you ever noticed that your regular old incandescent light bulb in your lamp gets really hot when it’s on for a while? The lifespan of LED lights, by contrast, hugely outranks regular old light bulbs by thousands of hours. Those regular old light bulbs may have a shorter lifespan, but are still common in many homes today due to their lower up-front cost. However, with the money that LED lights save you on your energy bill and the limited number of times you’ll have to replace them, they more than pay for themselves in the long term.

The longevity and cost-effective nature of LED bulbs is why we use them for the majority our customers’ installations. Not only do they last much longer than regular bulbs, but LED bulbs mean less maintenance – since they don’t need to be replaced often – along with a lower energy bill and a more efficient light source.

The next step in the technological life cycle of the LED light is the OLED or organic LED. These lights have diodes that are organic, and offer lighting with a flexible material, which allows scientists to create lights and displays that are actually bendable. This technology will be hugely important in technology development – especially when it comes to smartphones – in the coming years, and this flexibility and versatility could even lead to even more stunning and creative lighting options within the next decade.

To learn more about LED lighting for your home or business or to discuss your architectural or landscape lighting project, call us today at 407-880-0700.