Like everything else, “lights” evolve too. Since Edison, we have come a long way in lighting the world and our lives. LED lights are the future. Incandescent bulbs are outdated fossils. Not only are they costly, they need constant repair and replacement. LED lighting, especially landscape lighting, last longer, burn cleaner and simply provide light that is more attractive. At Illuminations USA, we have long been lighting the yards and gardens of Central Florida with LED lights.

The benefits of LED lighting

Throw away those old incandescent bulbs, and move beyond them. Embrace LEDs! There are many benefits to using LED lighting, but we will focus on the following: size and efficiency, long life and lower temperatures. While we have discussed some of these benefits in previous posts, here is a bit of a recap. The main difference is the use of energy and efficiency. 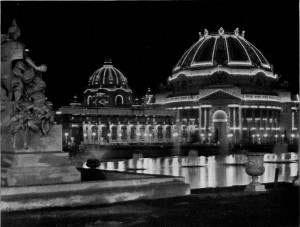 At Illuminations USA, we have always encouraged the use of LEDs. They are simply more effective. As a company, we were ahead of the curve. Now, it finally seems that whole cities are catching on. Buffalo, NY is once such city. There are many in the city proposing the citywide use of LEDs.

Long ago, Buffalo, NY was the city of lights. It was the first city in America to have electric lights. Since then, the city has met with its fair share of misfortune, but has experienced a bit of a surge of late due to major citywide construction and renovations. Many citizens see this as an opportunity to implement LED lighting to go along with street renovations.

In the article, “LED Street Lighting: Security, Safety and Saving,” Derby98 of Buffalo Rising writes, “Used outdoors, they also light the ground better and reduce light pollution because LEDs can be more easily focused on specific areas.” LED lamps, for the most part, direct light downward. It is better illumination and is an effective tool in crime-ridden areas where perpetrators utilize shadows and dark spots.

While it is not a guarantee that LEDs will prevent crime, it certainly cannot hurt. If anything, the LEDs are cost-effective and will save the city money. If the LED-advocates get their way, Buffalo may once again be the city of lights.

Regardless of where you live, more city planners are incorporating the use of LEDs into their plans. We may very well be on the cusp of a nationwide LED revolution, and Illuminations USA will be right in the middle of it, lighting up the yards and gardens of Central Florida.

For more information on the LED surge in Buffalo, you can find the article here.